Published by admin at 4:30 pm in Staff news with No Comments 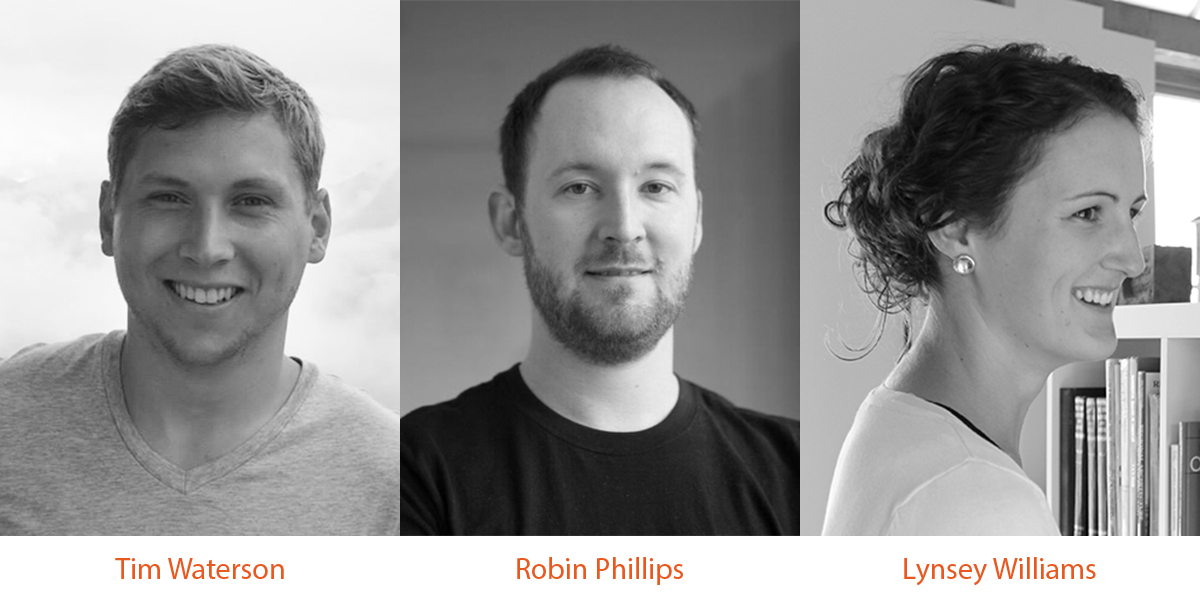 In recent weeks three recruits have joined the Moxley team.

Lynsey Williams hails from South Wales, studied for her degree at Plymouth University, gained her diploma at the University of Greenwich, and passed her RIBA Part 3 qualification in 2014. Before joining Moxley Architects, Lynsey was based in Cornwall where she worked mainly on listed and ecclesiastical buildings.

Tim Waterson is from the opposite side of the mainland, having been brought up on the east coast of England. Tim gained a diploma in fine arts and design before embarking on architecture at the University of Kent in Canterbury, where he earned his degree and masters.

Robin Phillips is the most recent addition, returning to the team after five years at Wilkinson Eyre. He studied architecture at Newcastle University and was awarded his diploma at the University of Westminster. Previously, Robin was part of the Moxley set up and whilst here gained sufficient experience to pass his RIBA Part 3 qualification.