Published by admin at 3:15 pm in General with No Comments 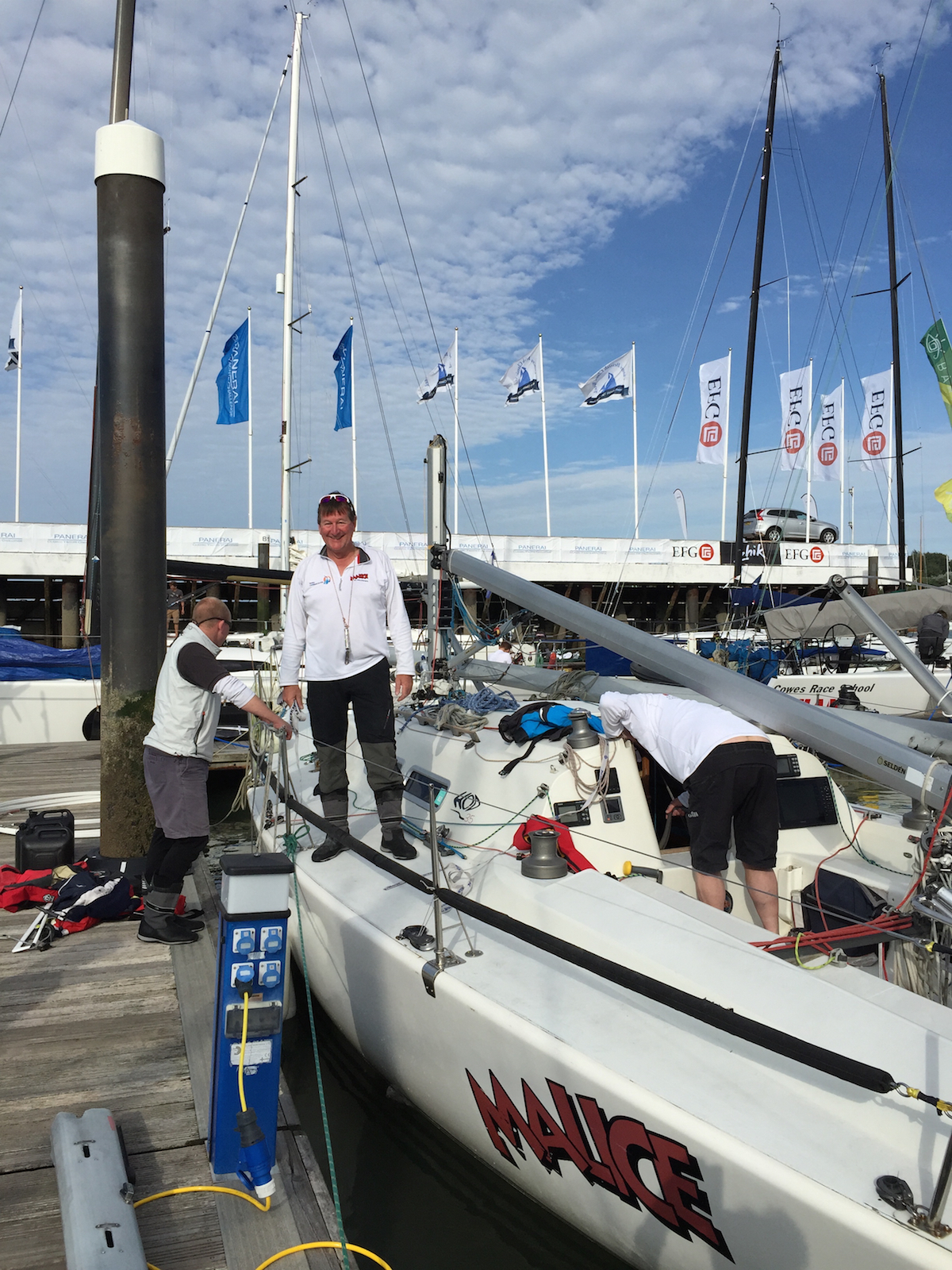 Mike Moxley’s HOD 35 racer cruiser, Malice, was dismasted on 17th July, the first day of the IRC Nationals. One of the diagonal ties of the rod rigging suffered catastrophic failure and the mast broke into three as it came down. The crew of eight spent the next hour and a half or so retrieving the debris. One the RORC Race Committee’s RIBs stood by, assisting by turning the yacht so that the current would drag the headsail and forestay away from the boat rather than underneath it. The photo shows Malice and crew safely back in Cowes Yacht Haven with bits of mast, rigging, instrumentation etc on the deck and pontoon.

The good news is that today, 6th August, thanks to Harry James at The Rig Shop in Saxon Wharf, Southampton, and Stuart Miller of SRM Marine, who is based in Malice’s home port of Hamble Yacht Services, Malice is now fully repaired and ready for Cowes Week (starting on Saturday 8th) and then for Mike and his co-skipper, Huw Phillips, to compete in the Fastnet Race in Class 3 IRC and the 2-handed division.

Follow progress during Cowes Week at www.aamcowesweek.co.uk where Malice is in Class 4 IRC, and the Fastnet Race at www.rolexfastnetrace.com Class IRC 3 and 2-handed, and on the Malice Twitter feed, @gbr979r