Published by admin at 5:55 pm in General with No Comments

The Claremont Hotel is a 2* listed  mid 19th century building which was largely destroyed by fire in November 2019.

Published by admin at 8:49 am in General with No Comments

Frances and her late husband Michael, of Frances and Michael Edwards Architects, experts in the work of the renowned architect Sir Edwin Lutyens, gained planning permission and listed building consent for a new two-storey extension to the original stable wing at the east end of one of his earlier large commissions, a Grade ll listed property in Surrey.
Moxley Architects, having successfully worked with Frances and Michael Edwards on the award winning refurbishment of the Grade l listed Folly Farm in Berkshire between 2008 and 2012, were introduced by Michael to the new owners of the property and have subsequently been engaged to implement the project.
The works include new roofing, realignment of the roof to replicate the original roof form and the reinstatement of a tall tiled roof vent positioned over the old stables, internal and external alterations, including new bathrooms, services and reinstatement of key fireplaces, and the new extension to the stable block.

Opening of The Dyna and Fala Weinstock Wing

Published by admin at 12:11 pm in Finished projects with No Comments

On May 2nd, in a consecration ceremony, the Chief Rabbi formally opened ‘The Dyna and Fala Weinstock Wing’ at Cecil Rosen Court in Bushey, Hertfordshire.

Moxley Architects’ scheme was granted full planning permission in March 2015 and went to tender at the end of 2016. Moxley Architects were subsequently novated to Northvale Construction, the successful design and build contractor, who started construction in June 2017.

The building provides 19 assisted living apartments for the charity Jewish Blind and Disabled.

Published by admin at 11:19 am in Finished projects with No Comments

The regeneration and conversion of a rather tired 1960s built office block into commercial and residential accommodation has been completed by Legendre UK, under a D&B contract for BNP Paribas Real Estate.

The scheme originally designed by Squire & Partners was taken to tender stage by A&Q. The successful tenderer Legendre, in winning their first UK contract, appointed Moxley Architects as the lead designer to implement the project.

Published by admin at 2:50 pm in Projects on site with No Comments

The Phase 2 development of the site, designed by Moxley Architects, adds a further 19 apartments and is now nearing completion.

The image shows part of the front elevation with composite aluminium/ timber windows and doors set within cast stone surrounds in the face brickwork façade.

Published by admin at 5:46 pm in Projects on site with No Comments

The project is nearing completion with the interior library space taking shape nicely, although still very much a construction site.  Work is progressing well on the external finishes as shown in this composition of textured render, hardwood cladding and aluminium/ timber composite windows.

Published by admin at 8:26 am in Projects on site with No Comments 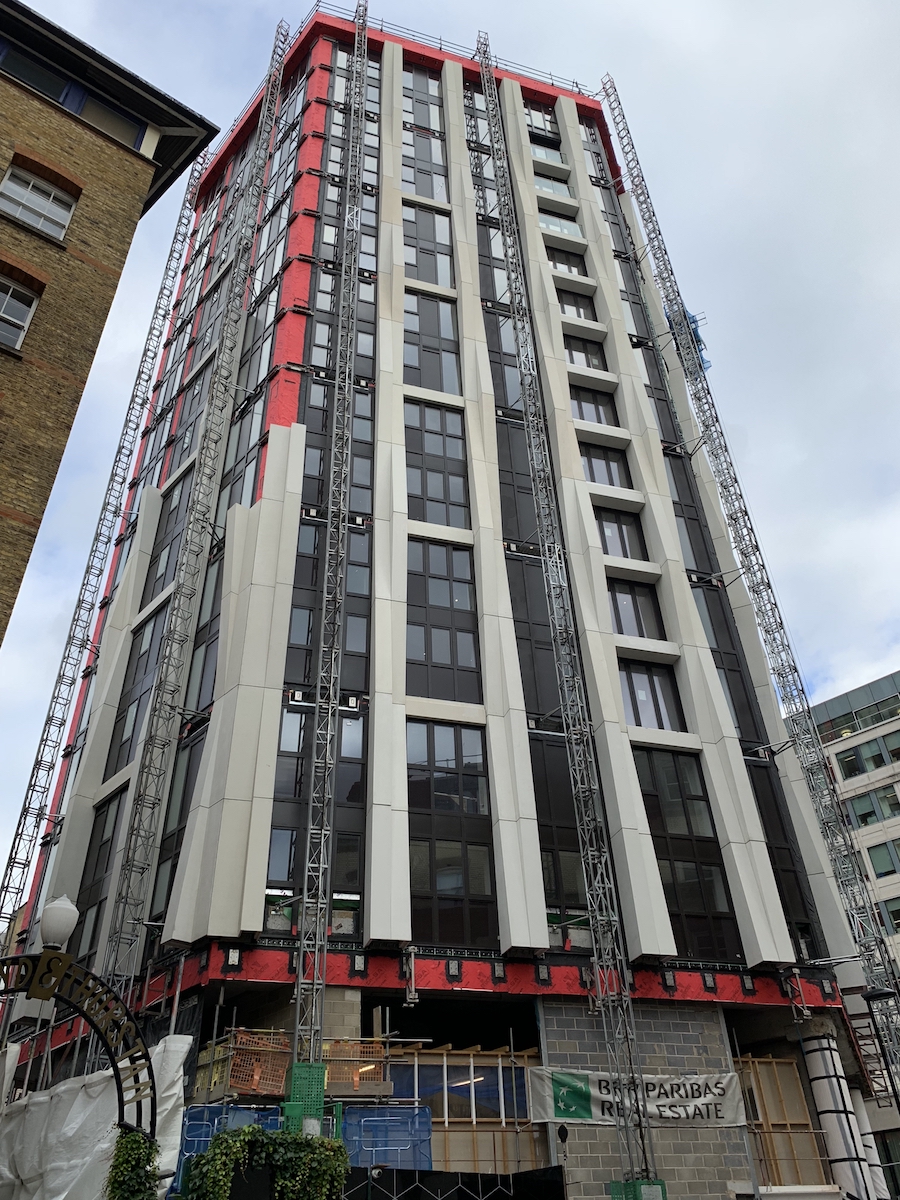 Published by admin at 1:21 pm in General with No Comments

On Wednesday 18th April 2018, Moxley Architects Director Paul Straupmanis, was interviewed by BBC Radio 5 Live at King’s College Hospital to discuss the work that he and other volunteers do to assist the nursing and medical staff at the hospital.
Paul gives his time to the hospital one evening a week where he mentors patients on Katharine Monk Trauma Ward.
The broadcast can be heard on the following BBC iplayer site –
https://www.bbc.co.uk/programmes/b09z5tyv#play
March22

Published by admin at 11:56 am in Projects on site with No Comments 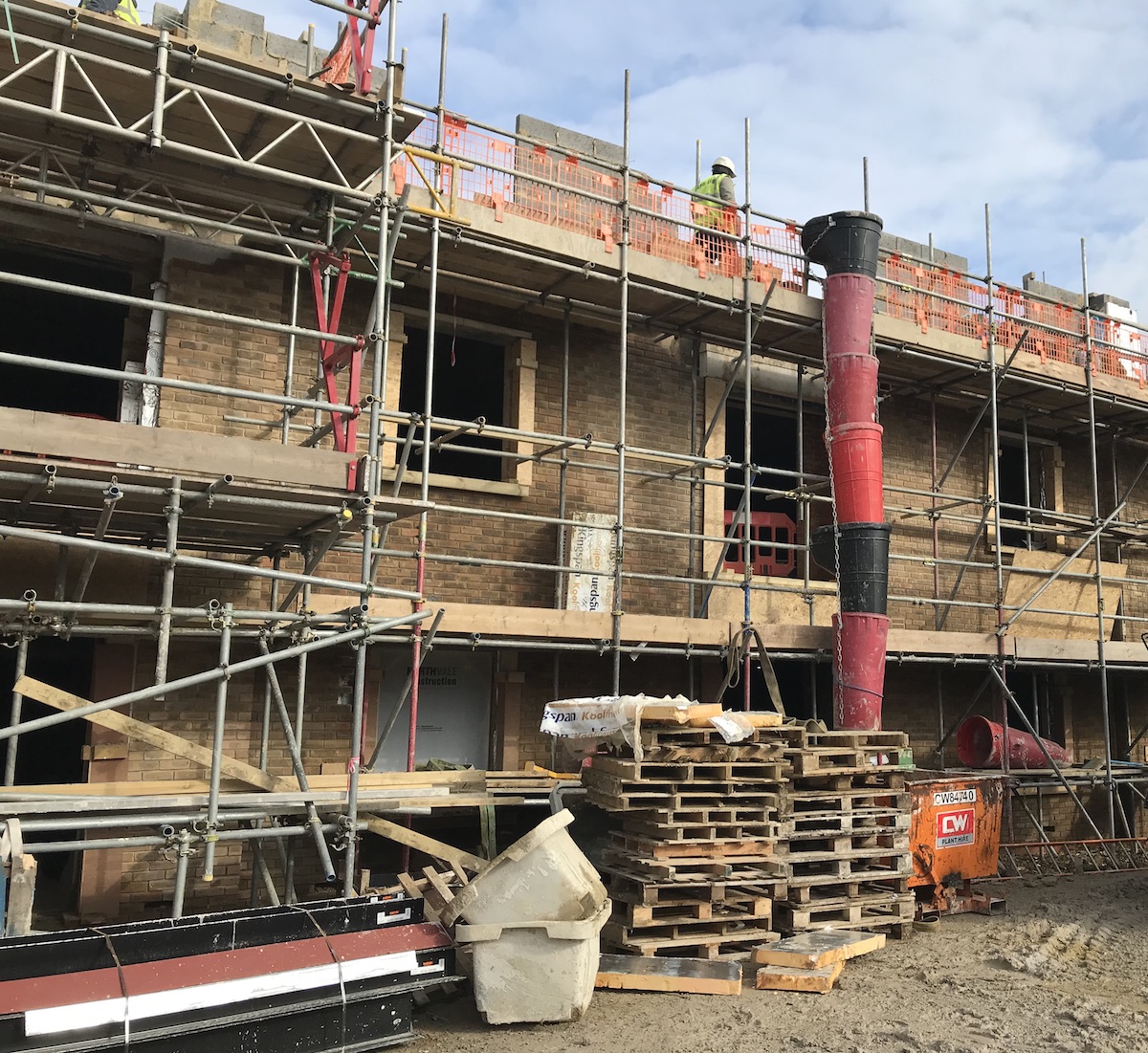 Despite the poor weather this winter, the second floor precast concrete floor slabs are installed, with the masonry proceeding towards the third floor level. The third floor is part accommodation and part roof terrace.

Published by admin at 9:13 am in Projects on site with No Comments 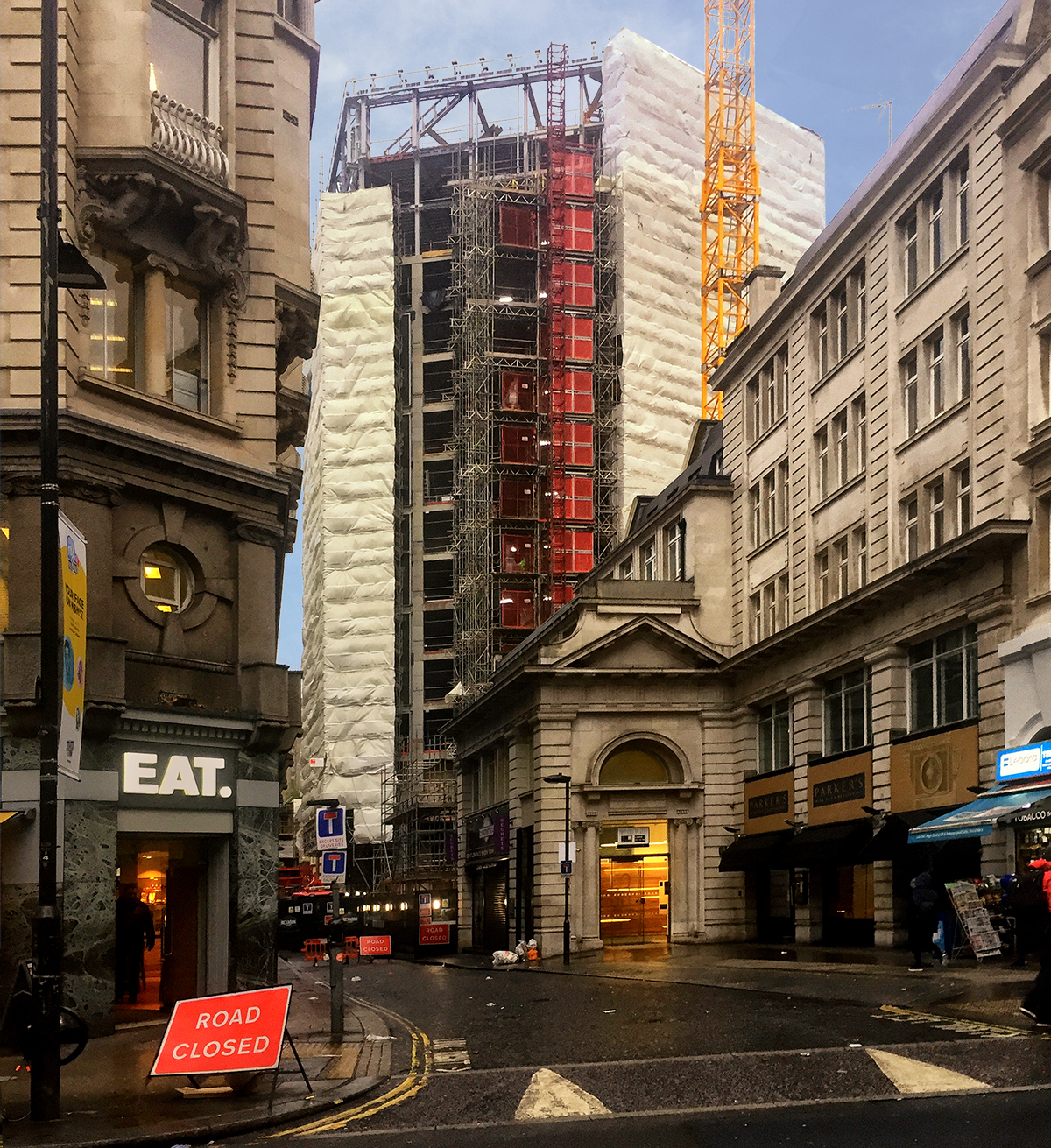 The refurbishment and conversion of the sixties built office block continues apace. The steel structure for the three additional floors is complete, with the fourteenth and fifteenth floor slabs formed. The posts  which form the support system for the roof level building maintenance unit (window cleaning and inspection cradle) are clearly evident in the photo.